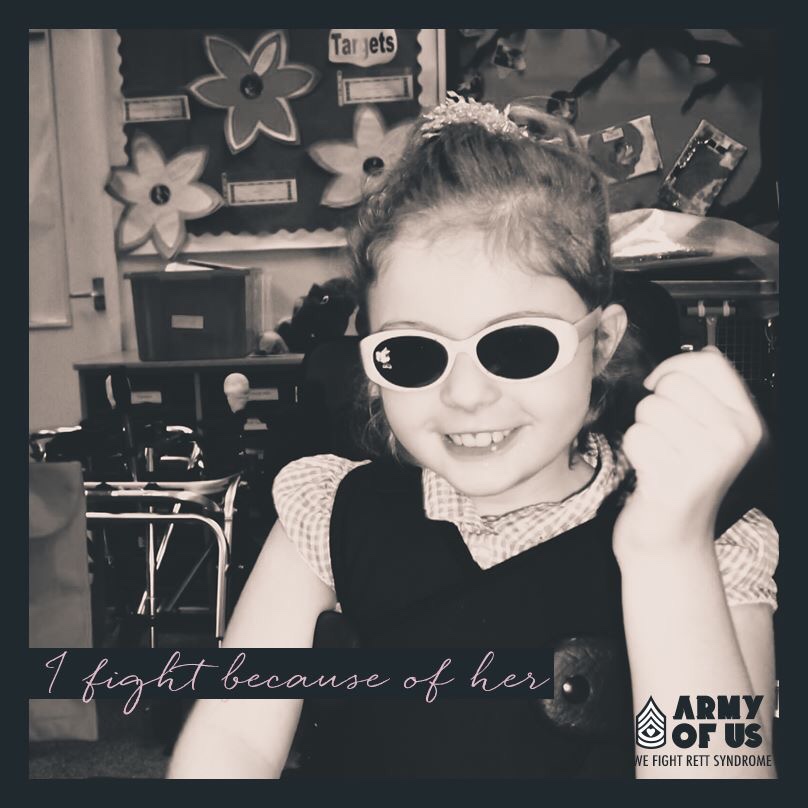 Rett Syndrome is in their lives forever. 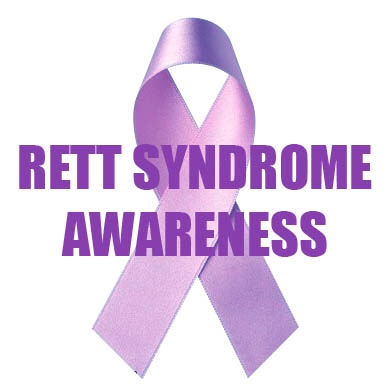 I’m often asked why I still fight for awareness and for a cure for this devastating condition. Why I still allow myself to feel pain because of Rett Syndrome and wouldn’t it be easier to walk away from the community that I don’t have to belong to anymore?

I’ve said it before and will say it again, my fight isn’t over yet. I will fight until one day there is a cure for Rett Syndrome, it’s as simple as that.

Yes; I lost Livvy to this evil and like many who have lost a child I want to attack what killed her. I want to personally wipe Rett Syndrome from the face of this earth. I want no child’s body to broken by this condition ever again. I want no other parent to have to cry themselves to sleep after watching their child suffer at the hands of this evil and more than anything I want no other parent to face the pain, the torture of losing a child to Rett Syndrome.

But mostly I fight for the ones I love, for Brooklyn, for Grace , for Sophia, for Charlie, for Amber, for Estelle, for Beth,for Olivia and for every child that has the Rett syndrome diagnosis.

I fight for them.

I fight for my Livvy, because she would want me to fight to stop her friends from suffering, for their mommies and daddies to not live in fear, for their siblings not to ever have to say “my sister died” for no one to have to face the pain of loss again due to Rett Syndrome. 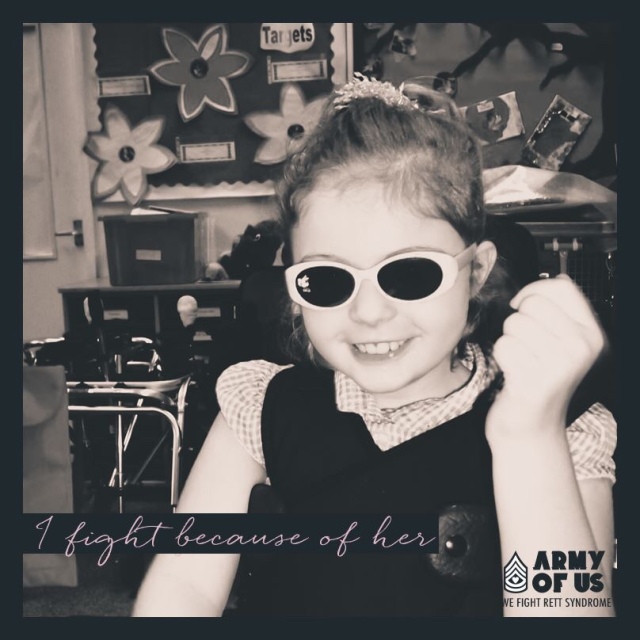 Part of me wishes desperately that I could live in a world that never had to hear the words Rett Syndrome again, but it would be like “he who should not be named” of Harry Potter, it’s evil would grow and grow in the darkness.

So no I cannot hide away until Rett Syndrome is brought out of the shadows, until everyone knows it’s name. Until funding is given and medical research is made, until a cure is found.

Until that day, we fight.

If anyone has read Living like Livvy you will know that when she was younger she was noisy in church and we was asked to not bring her to service's any more. I was heartbroken I was angry, if this was the way Christian's treat each other I'm not interested at all this was the beginning of a real faith battle for me. Well flash forward 18 years I have found my faith again, and I am a member of a church that feels like family. Yet today I struggled, anxiety really got hold of me. My boy, my adorable boy has found his voice and has decided that he is obviously made to preach in church, unfortunately he doesnt seem to have worked out that chatting when others are isnt the way. It's crazy I couldn't wait for him to verbalize and I am so proud of him, but really in church Daniel. So today there I was with the service going on and trying hard to listen to a really awesome talk and my boy started shouting and my heart started pounding. It got so bad that I left and took him outside. Yet the story is so different this time because instead of being asked not to bring him again so many people told me how amazing he was doing? How his talking is prayers being answered and how proud of him they all are. One even wants him louder ha ha. I guess what I'm trying to say is that I'm so blessed by my church family, so loved by how they walk beside me and Daniel and the the rest of our tribe. My only regret about today was that I let my anxiety, my fear make me leave the service when there was no need to.
Yesterday I recieved a report that stated that one of Daniel's conditions could be fatal if not monitored and for a moment I got lost in the sadness of what could be. Then as I was taking some time to reflect I reminded myself that so many things in life could be fatal if not monitored. Now I am not trying to minimize or hide from Daniel's conditions, but I needed to put some perspective into my thinking. If I didnt take my asthma medications my next attack could and often is for others be fatal. Yet I have been asthmatic for a number of years and dont dwell on the "what could happen". The assault that happened to me in December could have easily turned out different. I was lucky. I truly believe that every day is a gift and the only thing I need to turn my mind to is this. To remind myself to spread as much joy as I can, to make those around me feel loved and to just enjoy the moments. So often we hear of lives cut short and yes that's heart breaking. Yet I know after losing a child that however long you get it will never be enough. So I'm going to switch my thinking and be grateful. Life can be lost into fear and although I'm going to allow myself the blips I'm not going to let it consume me. Who knows what tomorrow brings, who really ever does. So I'm thankful for today and every other day I get to live and love.
Watching his favourite @mrsgifletcher on the baby club. He has his spoon 😍
Battle of the siblings part 549, Daniel's attitude is so cheeky. The fact that school called me today about him as he brought up his food and has been quiet today. Anyone think he was trying to skive. 🤔
Today was hard, I had to face something I was trying to run from. My head hurts and my heart aches. Yet in the midst of all the pain and sadness this boy brought me joy. He and his amazing big sisters and their equally adorable partners are my heart, my family. No matter how dark life can feel at times I know I have so much to light my way. #blessed #family #myboy #mygirls #sonsfromanothermother #danielthechampionofmyworld
Seriously the attitude of this child just melts me. When we met Daniel he was so detached and gave no expressions at all. Now he is so full of attitude. I love it xxx oh and apologies to all at church this morning, once Daniel heard @hayley.russell12 he wanted to chat. 😂😂😂
Follow Rebel with kindness on WordPress.com